Leandra in the Press

The Boy from Oz, Theatre Rhinoceros at Gateway Theatre

“A chance meeting with Judy Garland (Leandra Ramm) belting “All I wanted was a Dream” was almost a show stopper.”

“Powerful Leandra Ramm looks so much like Judy Garland and belts her songs with such authority that she gives us a chill.”

“Leandra Ramm turns in a strong performance as Garland, managing to capture the legend's spirit without resorting to either mimicry or camp.”

"Leandra Ramm proves the attached mike is not at all needed as she lifts her Garland-like vibrato and sings with exceptionally deep resonance 'All I Wanted Was the Dream.' Her end-of-song, sustained crescendos do not disappoint Judy fans in the audience; and neither does her swagger or ruby red lips that pucker and protrude as she talks. Ms. Ramm is the evening’s star, as particularly seen when she vibrates in a warning voice edging on full anger, 'Don’t Wish Too Hard'"

“Anyone attempting to produce The Boy From Oz can only move forward with a highly energetic triple threat (actor-singer-dancer) on board. I'm happy to report that Fisher lucked out with the casting of Justin Genna...along with Leandra Ramm as Judy Garland.

The original book for The Boy From Oz was written by Nick Enright and revised by Martin Sherman for the American production, leaving lots of bitchy repartee for the actors portraying Peter Allen and Judy Garland. With the legendary status of these two performers having grown since their deaths, these barbs brighten the show immeasurably.”

PETER, JUDY, AND LIZA ARE ALL WOWING THEATRE RHINO THIS FALL

"Judy Garland played by the enthusiastic Leandra Ramm... Ramm sings “All I Wanted Was the Dream”... Judy’s contribution to “Quiet Please, There's a Lady on Stage,” were show stopping...As Judy and Liza, Ramm and Walker go far beyond celebrity impersonation, creating solid characters and emphasizing their vulnerability as well as their show biz strength and brass. They are a believable mother-daughter team...Judy/Liza look perfect with no camp."

“Performances were universally enthusiastic, with some real talent, in particular Leandra Ramm as Judy Garland. “

“The woman who played Judy Garland was very good.”

“The actress playing Judy was terrific and the best voice by far and the show came alive once she entered the stage.”

“The Judy Garland and Liza Minelli characters were also excellent.”

"The actress playing Judy was strong, especially when singing."

Oakland hills are alive with the sound of … ABBA

”…the wealthy and pampered three-time divorcé Tanya, played by the superb Leandra Ramm…Ramm and Wigle have some of the best lines in the show….the actresses rally and excel in the pumped up second act.”

“…Sarah, played by Leandra Ramm, who does bring a fine singing voice to the party.”

“But there’s a reason the unlikely foursome are together and no-one else appears—something they share, Leandra Ramm’s Sarah explaining it ere the end, at a moment when perhaps another play could start, just as the Victorians have begun to undo their tight collars in the SoCal sun, a spot where that often-ambiguous term “Evolution” has been so often qualified, since its coinage, by another word, sometimes arrayed against it: “Spiritual.”

“The Volti Chorus seemed much larger than their eleven members: the voices were both distinctive and blended, producing a beautiful, full sound. Three choristers ably filled small solo roles-most notably Leandra Ramm, whose clear soprano and exaggerated strut were perfect for the rooster.”

“Leandra Ramm strutted with purpose as the hormonal rooster.”

“Consul General Osher welcomed the artists for the concert…Leandra Ramm, a mezzo-soprano who recently moved from New York to join Bohlin’s professional chorus. Bohlin introduced their songs — they were beautiful and quite moving, Bohlin’s piano complimenting the soloist’s every emotion.”

“I feel like I just went straight to heaven and heard the angels singing…
A highlight was the world premiere of Songs of Love and War: Slumber Song, a bold and harmonically complex piece…Soloists were featured throughout the program, each one extremely accomplished, revealing the mastery of the ensemble as a whole…”

“…the voices of the protagonists were delightful, especially that of…Leandra Ramm, who sang “I’m only thinking of him”.

*the above quote is translated from Spanish

“…the music alone is reason to see the show. Such songs as… “I’m Only Thinking of Him” (well done by Leandra Ramm)… linger in the memory.”

“The young female singer (Leandra Ramm) was wonderful in the shows. Great voice, great looks and she really sells a song.”

“Leandra Ramm is one of the most versatile singers I know with a fantastic voice!”

“I’m wondering if Celebrity Cruises might be an upgrade. I know that recently opera artist Leandra Ramm was on the Equinox. She’s an exceptional talent. I have her album…Since they’re the ship that hired Leandra Ramm, perhaps it’s a safe bet that they hire first rate talent. Maybe that’s the ship I should go with whether she’s still there or not.”

“Leandra Ramm is a wonderful opera singer who also performs some pop. She’s currently a lead vocalist on the Equinox and will be through Feb 3, 2012. Unfortunately, I won’t be able to do a cruise on that ship by then. This makes me really sad because she’s an amazing talent. If anyone has seen her perform on the Equinox, do speak up…Well, I hope I get to catch a performance of her on land then.”

Iolanthe at the International Gilbert and Sullivan Festival

“…Then we had Celia, Leila [Leandra Ramm], and Fleta. Good, clear voices here. We had that lovely ballet in the very beginning. Good dialogue; they worked very well together. They were very good dancers.”

Center for Contemporary Opera: Mario and the Magician (Professional Premiere)

“…Mario, sang love songs in Italian, in vain, to sultry Silvestra (Leandra Ramm), who has captivated many another admirer…”

“Leandra Ramm, a young and very talented singer, did a great job performing the weather aria from Ben Yarmolinsky and my Blind Witness News.”

“…The arias and recitatives were sung beautifully and the difficult ensembles were executed with considerable precision. The acting was also on a high, professional level. The singers included…Leandra Ramm (Dorabella)…Each of the artists received individual ovations for their arias and the ensembles were rewarded with much applause.”

-Prelude Caps Off Another Stellar Season by Raoul Abdul

“It is innocence in the form of a young girl, Alanna (Leandra Ramm), that wins out…Please note that in MacNamara’s Ireland the women are the peacemakers; as such Flanagan’s and Ramm’s performances appropriately become a blessed relief.”

“Gertrude (Veronica Chapman-Smith) and Albert (Switzer) just built a new mansion, and they’ve hired a live-in housekeeper (Leandra Ramm) to clean up after them…To be sure, anyone searching for good singing would have found it in “ConNEXTions.”…I am delighted in hearing these singers in such an intimate setting as the Ethical Society’s main hall.”

“…Leandra Ramm, a mezzo who will shortly bring to life the character of George Bizet’s Carmen…”

“The singers & instrumentalists of the large ensemble were intensely focused throughout the piece. They include…Leandra Ramm (also flute).”

“The superb vocalist Leandra Ramm releases her fabulous debut single, “Dream Angel,” that creatively intermingles the genres of Pop and Classical music. What happens when you take these genres and put them together with a magnificent singer? A song that is truly innovating and stylish. There are two versions of “Dream Angel” and both are equally impressive. Taking the musical composition from Bach’s Prelude in C Major and writing an original vocal line gives inspiration to Ramm as she performs with a rich and exquisite vocal range. Her strong opera voice surges with a highly polishes style and grace. Now take this single as a remix and the end result is wonderful. You can hear the vibrant beats with electrifying pulses as Ramm takes her song and spins it into a terrific modern Pop version. If you’re a fan of Pop and Classical music, then the single, “Dream Angel,” will surprise and amaze you as Ramm proves to be a powerful vocalist in either style of music.” 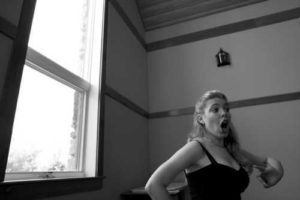 Word“22-year-old Opera singer Leandra Ramm from New York City warms up in a side room before taking the stage and singing her songs in the semi-final competition of the inaugural Long Leaf Opera National Vocal Competition…A panel of judges narrowed a field of applicants down to 13 for this competition… Her love of opera blossomed when she was 14 and she won a competition in Iowa. “I like that you can really express yourself,” she said of what she enjoys about being an opera singer. “I love music, I love singing; opera is a beautiful blend. It’s one of the most beautiful art forms ever.”

“…Leandra Ramm has an extraordinary voice… For Leandra, the possibilities seem endless.”

“her ambition and talent drive her…”

“Attractive, bright and articulate…[she] knows what she wants to do with her life, and how to achieve it.”