Leandra Ramm is a remarkably versatile mezzo-soprano and actress with an “extraordinary voice” (Anderson Cooper 360), whose “beautiful and quite moving” (Nordstjernan Newspaper) performances have graced prestigious venues including San Francisco Opera, Carnegie Hall, Lincoln Center, the United Nations, Symphony Space and Davies Symphony Hall. Ms. Ramm made her debut as a soloist in Kurt Weill’s The Eternal Road with the American Symphony Orchestra at Avery Fisher Hall. Recently, she performed the title role in La Cenerentola, Third Lady in The Magic Flute and Musetta in La Boheme with San Francisco Opera Guild. She starred in ‘Ecstasy’ presented by SF Symphony’s Soundbox and appeared as alto soloist with the San Francisco Symphony in Bernstein’s Chichester Psalms, conducted by Michael Tilson Thomas, and Bach’s Magnificat, conducted by Ragnar Bohlin. In 2021, Ms. Ramm received the honors of National Finalist in the Women In Opera Division, and Semi-Finalist in the Art Song Division from The American Prize, and in 2019 was a grant recipient of the Opera America Career Blueprints for Singers. As she flourishes in the creation of new works, Ms. Ramm was selected by the Gabriela Lena Frank Creative Academy of Music in the 2020 COVID-19 Response Pairings and debuted a piece by Grey Grant specifically composed for her voice. Upcoming, she will debut a solo album of contemporary art song cycles with Ablaze Records and perform the live piano vocal premiere of “Centuries in the Hours” by Lisa Bielawa at John Zorn’s The Stone in NYC.

Highlights of recent virtual performances during 2020 and 2021 include the shepherd ensemble in L’enfant et les sortilèges with VOPERA and the London Philharmonic Orchestra, Christman Opera Company’s Voices Raising Voices, Ligeti’s Paradigms with SF Symphony +, and special appearances with A Light Knight Music Productions and Quarantine Opera. 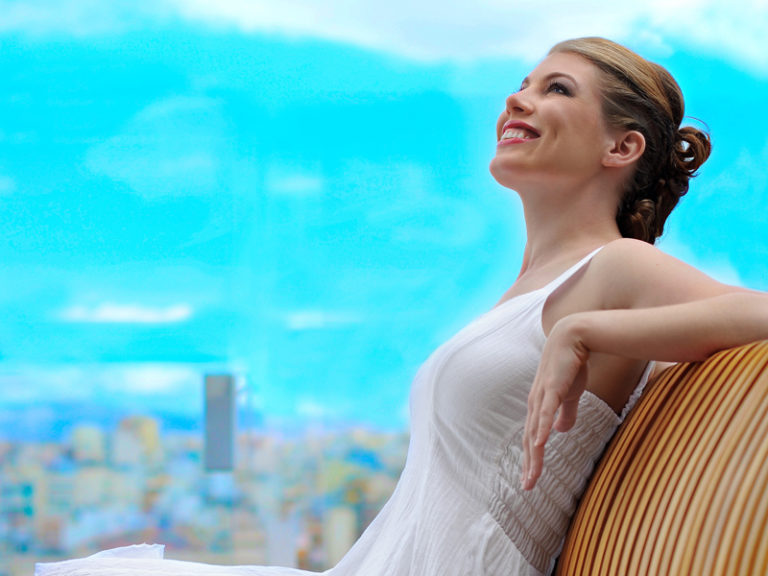 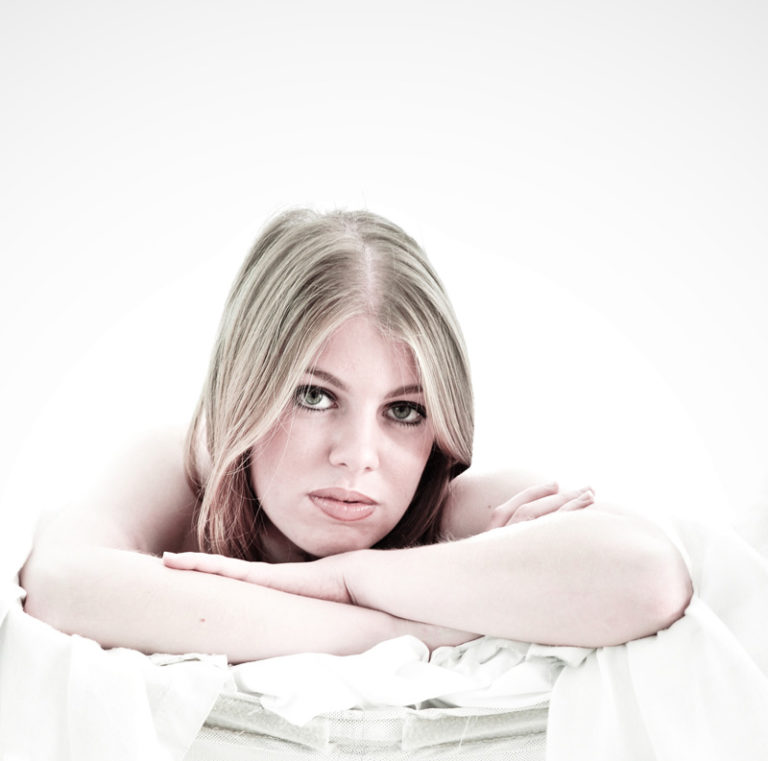 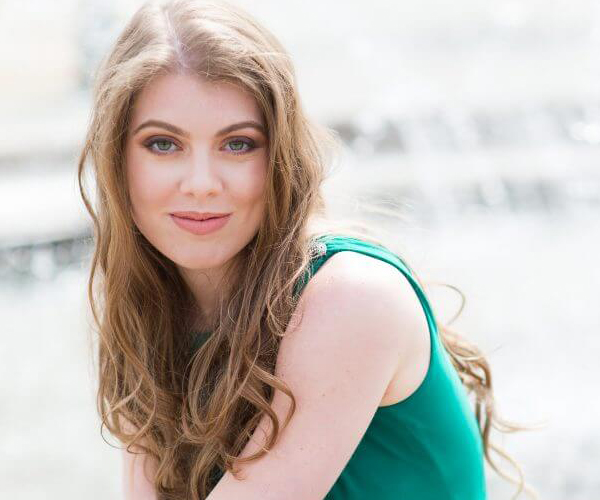 Other notable engagements include performing as the Squirrel, White Cat, and Shepherd in L’enfant et les sortilèges with Pacific Symphony, which was broadcast on Classical KUSC’s Live from Segerstrom Center for the Arts. With Silicon Valley’s Opera Cultura, Mrs. Ramm shined as Serafina/Spirit Woman in La Llorona and was featured in the made-for-TV opera Vireo by Lisa Bielawa. At Island City Opera, Mrs. Ramm joined the cast of Little Women, sang Mother in Mavra with Berkeley Chamber Opera and often sings with Solo Opera including the annual Fourth of July parade, “Opera in the Park”, and most recently, Tom Johnson’s Four Note Opera.

Mrs. Ramm’s work as a concert soloist includes alto soloist in Mendelssohn’s Psalm 13 from Drei geistliche Lieder and Schubert’s Miriam’s Song of Triumph with San Francisco City Chorus, returning to San Francisco Choral Society to perform in Britten’s Rejoice In the Lamb and debuting at Cal Performances at Hertz Hall as soloist with UC Alumni Chorus. Ms. Ramm has performed in numerous concerts with San Francisco Renaissance Voices, most notably as the Soul in Ordo Virtutum.

Mrs. Ramm is known for her genuine portrayals of “pants roles” and most recently received acclaim for her performance as Anybodys in West Side Story with Opera San Jose, the Rooster and Blue Jay in The Cunning Little Vixen with West Edge Opera, and Cherubino in Le nozze di Figaro with Opera San Jose. Overseas, she has sung the role of Leila in Iolanthe at the Buxton Opera House in the UK, and as a lead vocalist on Celebrity Cruises. In New York City, she performed Dorabella in Così fan tutte with the Martina Arroyo Foundation and has appeared in several operas with the Center for Contemporary Opera — Mario and the Magician (on Albany Records), Clarence and Anita, and Big Jim and the Small-Time Investors — and was featured in the first workshop performance of ¡Figaro! (90210) with Morningside Opera.

As a seasoned musical theater performer, highlights include performances of Tanya in Mamma Mia! at Woodminster Summer Musicals, and Antonia in Man of La Mancha with the Diablo Theatre Company. She starred as Judy Garland in The Boy from Oz at Theatre Rhinoceros, with an overwhelming positive response by critics, acclaiming her performance as “show stopping” (VMedia and For All Events), as she “belts her songs with such authority that she gives us a chill.” (Theatrius.com), and The Daily Californian saying she gave a “surprisingly convincing Judy Garland impression”, similarly The Bay Area Reporter stated “Leandra Ramm turns in a strong performance as Garland, managing to capture the legend’s spirit…”  Theatre Eddys summed up this noteworthy role portayal: “Leandra Ramm proves the attached mic is not at all needed as she lifts her Garland-like vibrato and sings with exceptionally deep resonance ‘All I Wanted Was the Dream.’ Her end-of-song, sustained crescendos do not disappoint Judy fans in the audience; and neither does her swagger or ruby red lips that pucker and protrude as she talks. Ms. Ramm is the evening’s star…'” 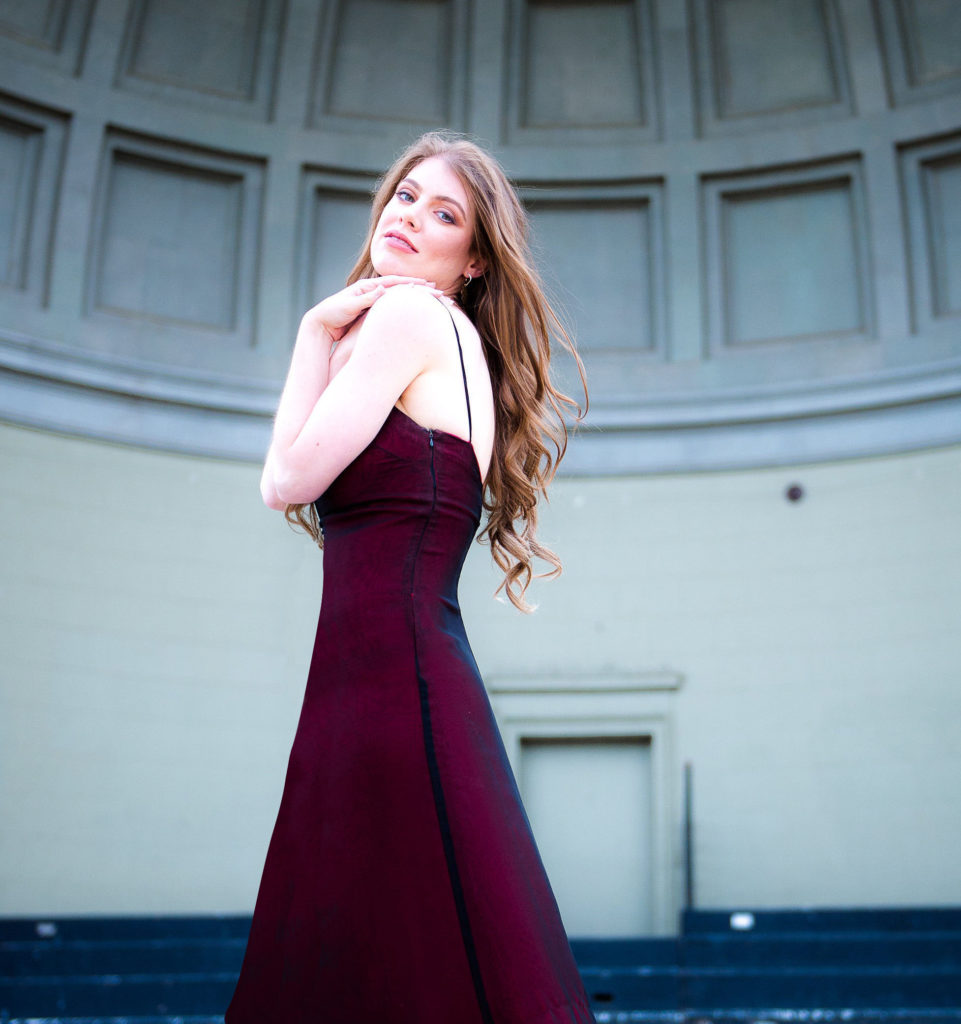